Are you looking for a list of the best Nigerian newspaper websites to read online today?

If YES, this is the only article to read today.

Here are the Nigerian newspaper websites to read online today.

A unique organization, founded in the spirit of Article 19 of the Universal Declaration of Human Rights, comprising ordinary people with an overriding commitment to seeking the truth and publishing it without fear or favor.

Sahara Reporters is an online community of international reporters and social advocates dedicated to bringing you commentaries, features, news reports from a Nigerian African perspective.

Because its core members are unapologetic practitioners of advocacy journalism, Sahara Reporters also serves as an umbrella outlet for objective reporting of verifiable and accurate news and untainted social commentaries for anyone wishing to exercise their freedom of speech in the public interest and common good.

Using photos, text, and video dynamically, the site informs, and prompts concerned African citizens and activists globally to act, denouncing officially sanctioned corruption, the material impoverishment of its citizenry, defilement of the environment, and the callous disregard of the democratic principles enshrined in the constitution.

Peoples Gazette is a Nigerian online newspaper based in Abuja.

The online medium is notable for its investigative journalism, among other fields.

Peoples Gazette was launched in 2020 by Samuel Ogundipe, an investigative journalist who was arrested and detained by the Nigerian government for reporting undesirable stories about the Muhammadu Buhari administration.

He left Premium Times in 2020 to start his own paper.

In one week of its launch, it reported groundbreaking exclusive reports that became issues of national discussion.

On 26 January 2021, the newspaper had its website blocked across all telecommunication networks in Nigeria; this blockage, Peoples Gazette stated, was based on a directive from the Nigerian government because of an unfavourable publication it wrote indicting the Chief of Staff to President Muhammadu Buhari, Ibrahim Gambari, of delegating his son to take over the duty of his office even without security clearance to do so.

Following the mass protest across Nigeria against police brutality in October 2020, named EndSARS, which led to the Lekki Massacre, the paper was the first to report the disbandment of the brutal police unit known as SARS, four hours before the announcement was officially made.

The paper also only reported the decision of the Nigerian government to clamp down on individuals who took part in the EndSARS protest by freezing their bank accounts through the Central Bank of Nigeria.

In an era of fake news and overcrowded media marketplace, the journalists at Peoples Gazette aim to provide quality and practical information to help our readers stay ahead and better understand events around them.

Focus is on being the balanced source of true, stimulating, and independent journalism.

It has studios in New York City, London, Johannesburg, Abuja, and Lagos.

It is operated by Arise Broadcasting Ltd., which is owned by Nigerian media mogul Nduka Obaigbena.

As well as the major stories of the day, it likes to stress positive stories about Africa across all genres, including politics, business, commerce, science, sports, arts and culture, showbiz and fashion.

Channels Television is a Nigerian independent 24-hour news and media television channel based in Lagos, Nigeria.

The parent company, Channels Incorporated, was founded in 1992, a year before the Nigerian government deregulated the broadcast media.

It began broadcasting in 1995.

Channels Television was founded in 1995 as a private television station with a mission to act as a watchdog on governmental policies and activities.

The company began operations in Lagos, southwestern Nigeria and has since grown to include three other stations in Abuja, Edo, and Kano states.

It also has bureaus in almost every state in Nigeria, including stringers and affiliates in other parts of Africa, as well as strong relationships with international media organizations which allow access to information around the world.

Channels Television’s team has produced feature programs, which have received commendation throughout the country.

Video footage of events and happenings in Nigeria, shot by the Channels Television news crews, have been used widely by broadcast organizations such as BBC, CNN and ITN.

Its flagship program, “News at Ten”, is considered as the most popular and most watched news in Nigeria.

On August 8, 1970, PUNCH (Nigeria) Limited was registered under the Companies Act of 1968 to engage in the business of publishing newspapers, magazines, and other periodicals.

Designed as “the lively paper for lively minds”, it was to address most of the shortcomings and inadequacies of the established Nigerian newspapers and to be “swingingly elegant as well as socially concerned and seriously responsible.”

For some years now, PUNCH titles, THE PUNCH, SATURDAY PUNCH and SUNDAY PUNCH, have remained the market leaders in Nigeria.

Despite this, the company has not rested on its laurels.

It keeps adjusting and adapting to modern ways of running a newspaper house.

It has invested heavily in new equipment and staff development.

The company will maintain its leadership position in the media industry.

Vanguard Media Limited, publishers of Vanguard Newspapers was established in 1984 by Mr. Sam Amuka, a renowned veteran journalist and columnist of the Sad Sam Fame.

The maiden copy of VANGUARD hit the newsstands as a weekly on Sunday June 3rd, 1984 with the motto: Towards a better life for the People.

It aims to serve the people through unflinching commitment to free enterprise, the rule of law, and good governance.

It has since added other titles taken care of by specialized interests.

These titles are so-product specific that no serious policy maker, businessman, politician, student and/or interest groups would ignore.

These names make VANGUARD an interesting read for discerning minds.

Vanguard is one of the leading newspapers in Nigeria today.

It has developed a rich heritage as the most entertaining, refreshing, authoritative, detailed and reader-friendly newspaper in the country.

VANGUARD is a family-oriented newspaper which also appeals to the upwardly Mobile Executive and Captains of industry.

Importantly, to meet the growing demands of the market, the paper circulates 20,000 copies (daily) in Lagos, the nation’s business heartbeat.

The Guardian is an independent newspaper, established in 1983 to present balanced coverage of events, and of promoting the best interests of Nigeria.

It owes allegiance to no political party, ethnic community, religious or other interest group.

The Guardian is a liberal newspaper, committed to the best traditions and ideals of republican democracy.

It believes that it is the responsibility of the state not only to protect and defend the citizen but also to create the conditions, political, social, economic, and cultural, in which all citizens may achieve their highest potential as human beings.

It is committed to the principle of individual freedom but believes that all citizens have duties and rights.

The Guardian does not, in principle, object to the ideology of free enterprise, since this would contravene its commitment to individual liberty and freedom.

But it believes that the state must intervene judiciously in the economic life of the nation, to minimize the adverse effects of free enterprise and ensure that less privileged citizens have reasonable access to the necessities of life.

The Guardian will always uphold the need for justice, probity in public life, equal access to the nation’s resources, and equal protection under the laws of Nigeria for all citizens.

The Guardian believes Nigeria is a legitimate member of the international community, but holds that she can best fulfil her international obligations only if her own security and integrity are assured.

Tribune Online is the online edition of other publications of AFRICAN NEWSPAPERS OF NIGERIA (ANN) PLC, the publisher of Nigerian Tribune, Sunday Tribune, and Saturday Tribune newspapers.

Currently, AFRICAN NEWSPAPERS OF NIGERIA PLC, publisher of Tribune tittles is the oldest surviving newspaper in Nigeria, and over the past six decades, ANN PLC has grown to be the top in competitive Nigeria’s news media business.

Tribune Online is well known for the tradition of breaking news and has over the years, built a reputation for being Nigeria’s most informative online news medium, publishing general interest’s articles, organized in areas that include Politics, Business, Sports, Entertainment, Tourism, Op-Ed and others, for ease of navigation.

Recently, Tribune Online won an award for the website with the richest content, while over the years, it has won the best editorial of the year award, since ANN PLC news media provide an independent perspective with a commitment to credible dissemination of editorial information.

Premium Times Services Limited, publishers of Premium Times, is a Nigerian media organisation based in Abuja with a vision to help strengthen Nigeria’s democracy, advance the socio-economic wellbeing and rights of the people, promote, and enrich their cultural practices, and advocate for best practices, good governance, transparency, and human rights, in line with the values expected of a modern democratic state.

Proprietors of the organization believe that of all the institutions of a modern democracy, the media matter largely.

It can help forge new communities, pursue political and social agenda to support a better society, and help build visions of hope and resistance.

Sadly, the media can also lead in negative directions: dividing people and truncating hope and vision. In our country, the media has played both roles at different times in our history.

Premium Times, founded in mid-2011, believes that the time has come for Nigeria to embrace the challenge of progress and development in a substantial, concrete sense.

It brings an enormous commitment to offer the country the type of media that will advocate for the people and nudge our nation on the path of development and social re-engineering.

It hit newsstands on January 22, 1995, and quickly carved out a niche for itself in business and political reporting and for breaking big news stories.

In its first years of publication, THISDAY won the Newspaper of the Year Award for three consecutive years.

Today, THISDAY remains the preferred newspaper among the business, political and diplomatic elite, and is easily the most recognizable and influential national media brand globally.

It is also the corporate and political advertiser’s first choice.

THISDAY is the only high-profile newspaper that appeals to both young and old because of its straightforward news reporting, strong editorial content, lifestyle features and business coverage.

For many Nigerians, if the news is not in THISDAY, then it is not credible.

THISDAY is an agent of change and innovation within the industry and many of its ‘firsts’ are serially copied by others, such as the back page sports with advertising and back page opinions, an all-gloss Sunday magazine and wraparounds.

Through its publications, business events, cultural showcases, and festivals, THISDAY is a player on the global stage by bringing the world to Nigeria and taking Nigeria to the world.

Not beholden to any interest group. Loyalty is to the nation.

The vision is to be Nigeria’s newspaper of the first choice among discerning readers.

Daily Post Nigeria is a top newspaper with wide reach.

Report on local and national news, politics, metro, business, entertainment, sports, and opinions are made daily.

The vision is to be a leading light in the media industry by ensuring timely and unique contents. 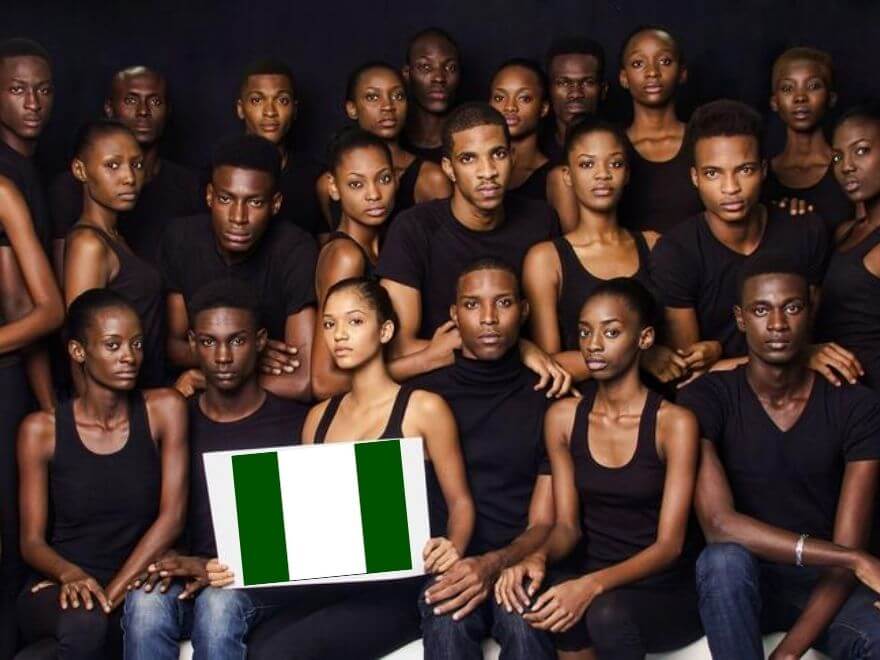 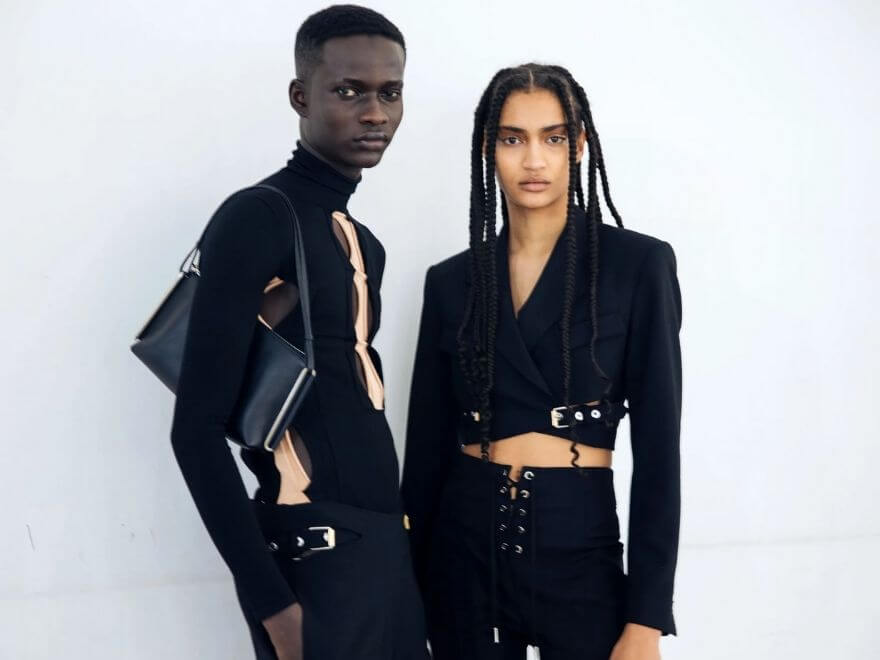 Become a Successful Model in Nigeria ▷ Earn ₦1.5m Per Event 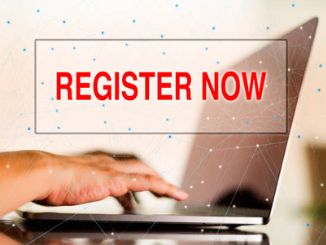 How to Register a Business Name Online in Nigeria With CAC 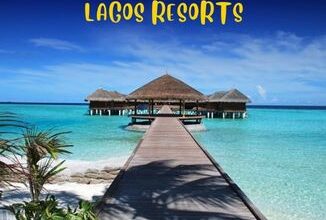 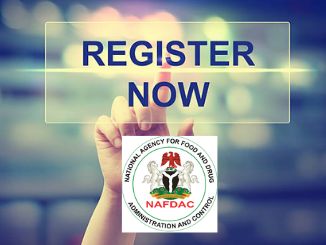 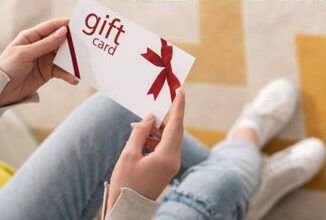