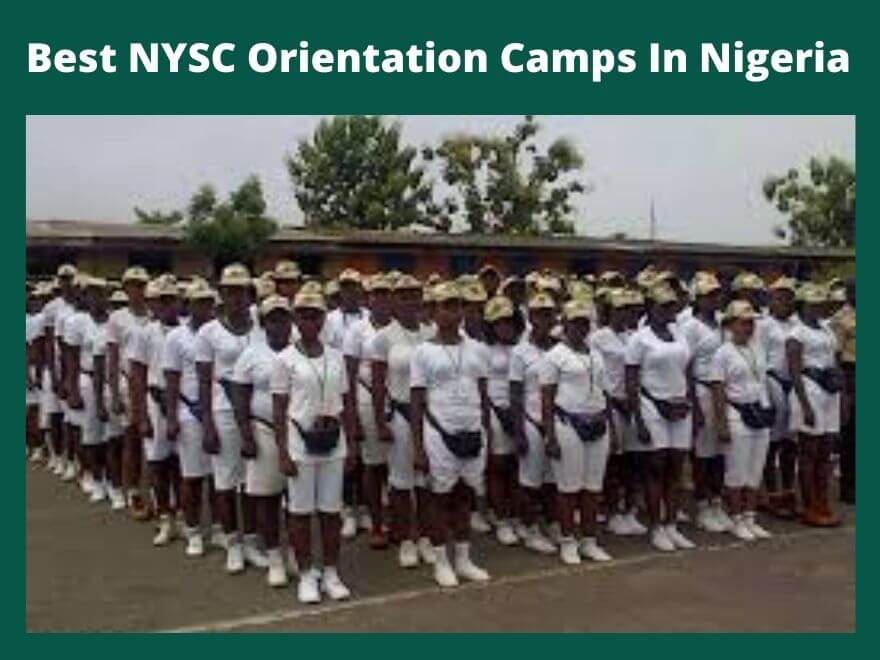 Are you seeking for the best NYSC orientation camps in Nigeria for service as a prospective corps member?

If YES, this article is only what you need to read today.

After mobilization and registration, graduates are posted to states outside their geopolitical zones and spend 21 days at their various NYSC permanent orientation camps.

From these orientation camps, they then begin their one year of public service at the Place of Primary Assignment (PPA) assigned to them.

While some past corpers will argue that the orientation camp they were oriented at is the best, some will rate theirs as the worst.

This article guides graduating and already graduated Nigerian students that have been mobilized for national service by their schools on the best orientation camps in Nigeria.

I will also state the orientation camp’s location, address, accessibility and the condition of its facilities.

So, ensure to take your time and read this post to the end.

The National Youth Service Corps Year comprises four (4) major segments in which every corps member must satisfactorily take part before he/she is qualified to be issued a certificate of National Service.

A National Youth Service Corps year starts with a 3 weeks orientation course and it is compulsory for all Nigeria graduates mobilized for national service.

The course lasts for three (3) weeks and achieves these objectives:

To achieve the above objectives, the orientation course opens with a swearing–in/opening ceremony presided over by the Executive Governor of the State/FCT Minister.

The Chief Judge of the State/FCT administers the Oath of Allegiance and the National Pledge.

Corps members take part in social activities designed to create opportunities for them to interact.

They take part in dance and drama competitions, Miss NYSC and Mr. Macho.

Plateau state orientation camp facilities are impressive, rooms are tiled, and houses are between 30-35 corpers per room.

The camp hall is top-notch with functional fans and speakers.

At the camp, you’re guaranteed an excellent supply of cheap food sold at the nearby market by farmers.

If you’re coming in from other parts of Nigeria, enter a bus going straight to Jos.

From Jos, take a straight bus to Mangu, where the orientation camp is located.

The journey takes between 45 minutes to 2 hours, depending on how motorable the road is.

Cross River state is home to the Efik people, who have some of the best local delicacies in Nigeria.

The orientation camp is well-equipped and you get to be served some of these local dishes during your stay in camp.

To correctly locate the orientation camp, if you’re coming from Lagos or any South West States, stop at Calabar and take a bus straight to Obubra, drop off at Obubra Junction.

When you’ve arrived at Obubra junction, board a bike and ask to be taken directly to the NYSC orientation camp.

If you are coming from Abuja, enter a Calabar bus and alight at Obubra junction and from there, enter a bike that will take you straight to the orientation camp.

Niger state has one of the best orientation camps in Nigeria that enjoys water supply and good power supply.

The camp’s clinic is functional and ready to handle emergency cases.

The presence of military men also guarantees the security of the camp and campers.

The camp is well secured, its rooms are well painted and spacious with good ventilation, and its toilets come with clean running water.

The camp ground has equipped facilities for paramilitary dills, accommodation rooms, lecture halls and open areas for sports and assembly.

To locate the camp, from AKTC park in Uyo, there is a huge possibility that you will see a direct bus going to camp.

Once you’re in AKTC park, take a Keke to a place called Plaza, walk down to Oron road and ask where they board Nsit Atai buses.

Tell the bus driver that you will stop at the NYSC orientation camp.

Its hostel rooms house between 20-30 corpers.

The halls sometimes used to host camp parties, and corpers pay to access the swimming pool.

For corpers coming in from other parts of the country by flight, Ibadan should be your destination.

When at Ede, get a bike that would take you directly to the orientation camp.

If you’re travelling by bus, take a bus going to Osun State either Ile-Ife or Ilesha, stop at Gbogan, and from there, you can get a direct bus to the camp.

Enugu State orientation camp is another excellent camp in our list because the rooms are spacious and properly positioned.

The orientation camp possesses a relaxation centre where corpers can rest after military exercises and platoon activities.

The camp’s buildings are bungalow-like, and each room houses between 30-35 corpers.

To locate the orientation camp, you can either fly by air to Enugu Airport and hire a cab from there that would take you straight to the camp.

Also, you can get to Holy Ghost Mass Transit (Park) and board a vehicle that would take you directly to the orientation camp.

If you’re coming from Owerri, you can get a car going to Okigwe from where you would take a vehicle directly to the orientation camp.

Rivers State is known for its strict neatness and serenity, and this applies to its orientation camp too.

The camp’s security is guaranteed and its rooms house between 25-30 corpers removing any issues of congestion.

A clinic is also functional and ready to handle emergency cases in the camp.

To locate this orientation camp, once you arrive at Port Harcourt, stop at Eleme Junction and ask for directions where Nonwa or Gokana buses are loading.

When you get the direction, board a bus to the orientation camp.

The journey from the Nonwa or Gokana buses takes between 20 – 50 minutes, depending on how motorable the road is.

The buildings in the new orientation camp site in Anambra are still new and in perfect working condition.

The rooms are comfortable for every individual and come with proper toilet facilities.

The security team on camp parade the camp, always ensuring everything is in order.

If you’re coming from Onitsha, you can enter a cab to Awka, then stop AMAWBIA junction and take a Keke to Governor lodge (or Nibo junction) – From there, you can board another Keke to the new NYSC orientation camp.

In case you’re coming from Awka, from Dike Park on Nnamdi Azikiwe Road, board a bus heading to Umunze, and you will be dropped at the NYSC orientation camp at Umuawulu.

Living expense in Abuja is quite expensive, but it is known for its avenue of opportunities.

Being the capital of Nigeria, it isn’t surprising that Abuja has one of the best NYSC orientation camp in Nigeria.

The camp is well secured with a good security team and buildings are big and in perfect condition.

The hostels rooms are spacious with proper toilet facilities and house between 20-25 corpers.

When arriving in Abuja, stop at Jabi park, take a taxi or Keke to Wuse market and board a bus going to Kubwa village.

The last bus stop is at Kubwa market.

Lagos State is one of the best states to serve in Nigeria.

Lot of corpers in Nigeria want to serve in the beautiful city of Lagos because of the presence of many firms, industries, telecommunication giants, food companies, research institutes, as well as the excellent pay these jobs come with.

Its orientation camp is one of the best in the country as it is properly maintained and always kept it in good condition.

The orientation camp also possesses a relaxation centre and clinic for corpers and staff.

The hostel structure is huge and houses the male and female corpers, security forces, and officials.

Each room in the camp accommodates between 30-35 occupants.

When coming into the camp by flight, your first stop would be at the Murtala Mohammed Airport.

From there, you can choose to enter a cab to the orientation camp or a bus to Iyana Ipaja or Agege.

Ask the driver to stop you at the NYSC orientation camp.

Going by bus, your bus should be headed to Lagos, from the bus park, take a cab, or a bus going to Agege or Iyana Ipaja; you would be dropped at the NYSC orientation camp.

Ogun State was formed on the 3rd of February, 1976 and has currently been reputed to have the best NYSC orientation camp in Nigeria.

All camping equipment and facilities are entirely new at work and functioning correctly.

In every room in the camp, every corner has a functional socket for charging close by.

The well-tiled and ventilated rooms house about 45 corpers, and they are kept clean.

The camp also has an ATM for corpers to withdraw money at specific times.

Getting to the orientation camp is quite easy.

If you’re flying in from a state with an airport, then Lagos should be your destination.

In Lagos, get a direct bus to Sagamu.

From the last bus stop, take a bike directly to the orientation camp.

If you’re travelling by bus, get a bus to Abeokuta, from there, get another bus to Sagamu.

When you reach Sagamu, board a bike to the orientation camp.

Here are the best NYSC orientation camps in Nigeria:

Where is the Best NYSC Orientation Camp in Nigeria?

The orientation camp experience is often regarded by corpers as the highlight of their NYSC experience, so I would advise you to have as much fun as you can and stay safe.

Regarding best orientation camps in Nigeria, you should also try to confirm from corps members currently serving in the state, especially the most recent batch of their camping experience.

Hope you enjoyed this article?

If you know any orientation camp that is equally a good option or shouldn’t be on this list, please let us know in the comment section.

Tell us about the orientation camp, your experience, its facilities and why it is excellent or bad for corps members.

If you also want to learn the right ways to make quick money in Nigeria, be sure to check out the post below. 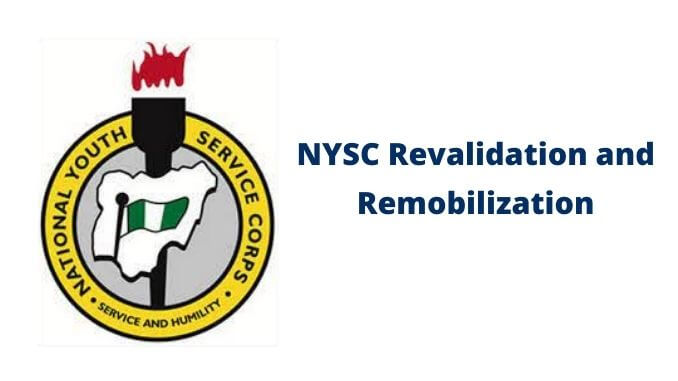 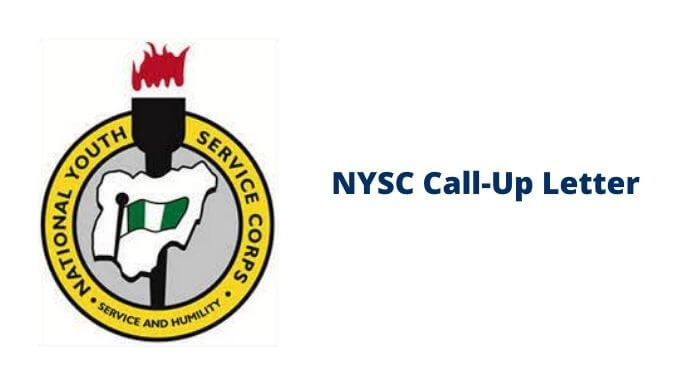 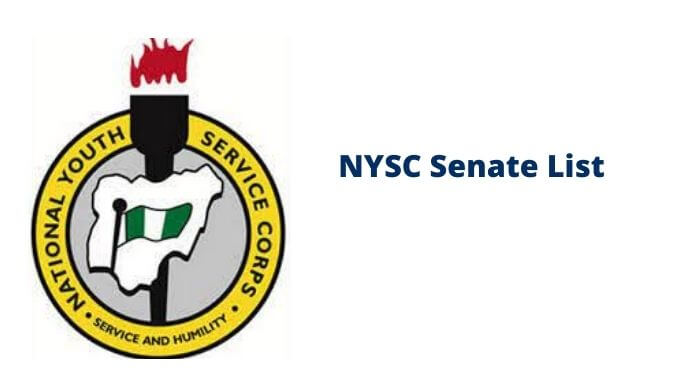 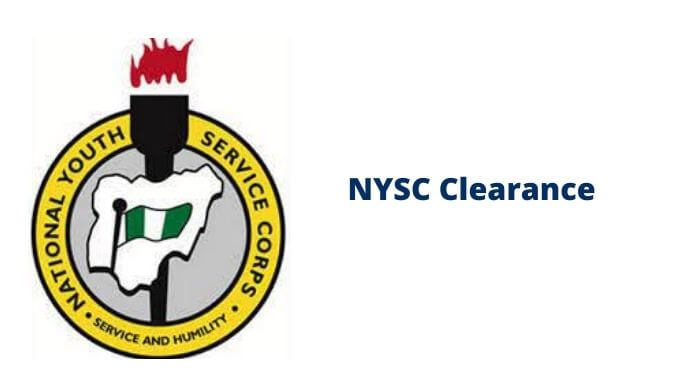