However, those who may be considered “ugly” by societal standards can still lead fulfilling and successful lives.

Many individuals with unusual physical features have embraced their unique appearances and found fame, happiness, and acceptance.

For instance, Godfrey Baguma, who developed a condition that altered his appearance, found success as a singer and comedian.

Similarly, some individuals, like Lizzie Velasquez, who have faced cyberbullying because of their appearance, have risen above it, and become renowned motivational speakers.

Since it’s impossible to see the faces of all 7.8 billion people on the planet, it’s challenging to know who is ugly and who is not.

Beauty is subjective, and everyone should be accepted and valued for who they are. 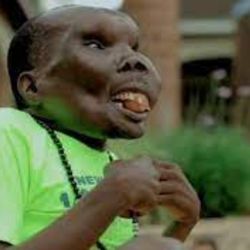 Ssebabi, also known as Godfrey Baguma, hails from Mbarara, Uganda, where the name is quite common.

Despite his unique physical appearance, he possesses a wealth of talents and a charming demeanor.

At 47 years old, he is happily married to his wife, Kate.

However, his current appearance is not something he was born with.

A strange illness resembling a tumor marred one side of his face, causing his mother to abandon him, and leaving him to be raised by his grandmother.

Despite the disadvantages this caused him, such as difficulty mingling with others and access to crowded spaces, Godfrey persevered and eventually competed for and won the title of “ugliest man on the planet.”

This success launched his career as a gifted singer and stand-up comedian.

Unfortunately, despite being previously married, infidelity led to a divorce. 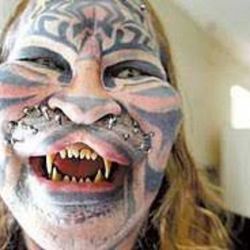 From a young age, he deeply connected with feline species, particularly tigers.

Despite evidence to the contrary, he claimed to have grown up in a tribe and that a medicine man named Grey Cloud gave him the name “Cat” when he was ten years old.

As he grew older, he found it difficult to connect with people his own age and spent much of his time alone in the woods.

He also alleged that his stepfather was a child molester, and he never knew his biological father.

Stalking Cat graduated from Oscoda High School in 1977 and worked as a sonar technician for the United States Navy.

After being discharged in 1980, he worked as a computer technician in San Diego and began his metamorphosis project, making him a celebrity. 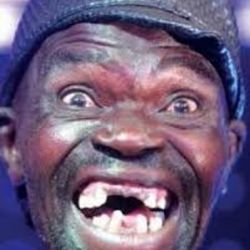 In 2015, a contest was held in Zimbabwe to determine the country’s most unsightly man.

Among the 35 participants was a reigning champion who had held the title for three consecutive years.

Maison Sere emerged victorious, earning the title of “Mr. Ugly” and a prize of $500.

Because of his missing teeth, Sere’s appearance was among the most unattractive in the world.

He is currently 48 years old and lives in Harare, Zimbabwe.

The competition, established in 2012, aims to appreciate and acknowledge beauty in unconventional forms. 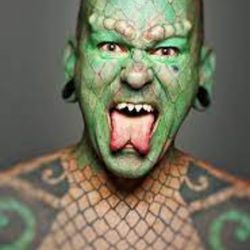 Erics Sprague, famously known as “The Lizardman,” was a pioneer in human modification.

His popularity rose because of his unique physical transformations.

At 37 years of age, he underwent 700 hours of tattooing, had Teflon horns implanted under his brows, filed his teeth to become fangs, split his tongue, and elongated his septum and earlobes, all to resemble a reptile.

These modifications have made him stand out from the crowd and garnered attention worldwide.

He continues to embrace and showcase his unique appearance. 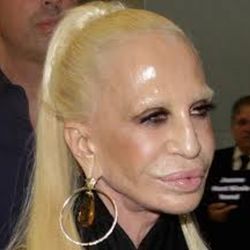 This woman was not born with an unattractive appearance, but because of a series of unsuccessful cosmetic procedures, she is now considered one of the world’s least visually pleasing individuals.

The botched surgeries have resulted in her having disproportionately large lips and a nose, and her eyes have a constant dark appearance.

Compared to her face, her small body frame also adds to her discomfort. 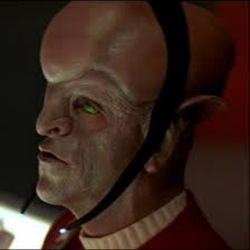 This disorder affects the growth of hair, nails, teeth, and sweat glands, making him one of the most distinct-looking individuals in the world.

Though he has undergone none surgical or cosmetic procedures to enhance his appearance, it is a natural aspect of his being.

Despite his unusual features, Berryman has made a successful career for himself by embracing his distinctiveness.

He has played memorable roles in films such as “The Hills Have Eyes” and has become an iconic figure in the entertainment industry.

Despite being perceived as “ugly” by societal standards, Berryman has proven that beauty is truly in the beholder’s eye. 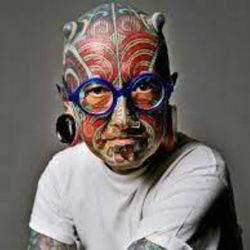 Etienne Dumont, a renowned art critic from Switzerland, is 7th in the world’s list of ugliest people.

Yet, despite his unusual appearance, he has dedicated over four decades of his life to his passion for art and culture.

He has transformed himself into a striking, bull-like figure through extensive tattooing and silicone implants.

His face is adorned with pinned glasses, and a five-centimeter ring is implanted to complete his distinctive look. 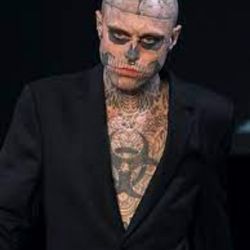 Rick Genest, also known as “Zombie Boy,” is a unique individual who has embraced his unusual appearance.

He is covered in tattoos from head to toe, giving him the appearance of a zombie and earning him his nickname.

Rick’s look is disturbing and striking, and it’s hard not to notice him.

He has gained significant fame because of his unique appearance, which is difficult to achieve or maintain.

Before his transformation, Rick was diagnosed with a brain tumor.

After undergoing surgery, he left home and live a life that emulated the undead.

He took to living in dumpsters and under bridges and even began hitchhiking as training.

Finally, he fully embraced the persona of a zombie, which has become a major part of his life. 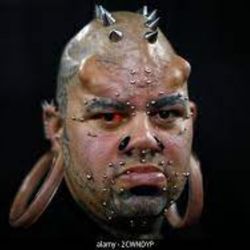 Kala Kaiwi is a man who stands out for his unique and unusual appearance.

He has tattoos covering his entire body and piercings near his ears and horns.

This has earned him a reputation as one of the world’s ugliest people.

Besides his tattoos, Kaiwi has opted for other body modifications, such as a snake-like tongue, silicon-planted horns, and metal horns on his head. 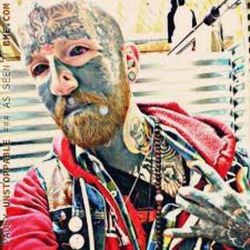 Pauly was once handsome, but his appearance has been drastically altered after years of body modifications and piercings.

His tattoos cover every inch of his skin, and his many piercings make him appear terrifying, earning him a spot on the list of the world’s ugliest people.

In addition, his ears have been stretched to an extreme degree, and large rings adorn his pierced nose.

He even uses scissors to alter his nose piercings further. 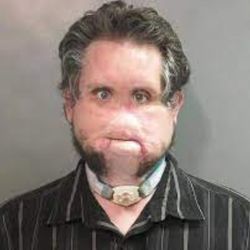 Joshua Glen Box, a 38-year-old resident of Springdale, Arkansas, is known for his unique appearance.

However, because of a lack of a nose and several severe facial injuries, many consider him to be the ugliest man on earth.

Despite this, Glen has been facing significant challenges. 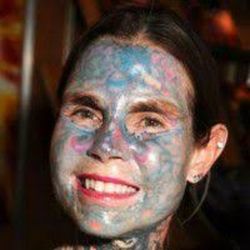 Julia Gnuse, also known as the “Illustrated Lady,” has achieved the title of the most tattooed woman in the world, but not by choice.

For ten years, she has been driven to systematically cover her body with tattoos because of the congenital skin condition Porphyria.

Despite this, her tattoos have brought her worldwide fame and recognition, with many comparing her to a living work of art, like painted pottery.

It’s important to remember that people’s physical appearance should not be used to measure their worth or value.

The individuals discussed in this text as the world’s ugliest people have all faced criticism and judgment because of their unique appearances, but they have succeeded in their respective fields.

Therefore, it’s essential to respect the privacy and dignity of all individuals, regardless of their physical appearance.

It’s also worth noting that beauty standards are subjective, and people should be judged on their abilities and character. 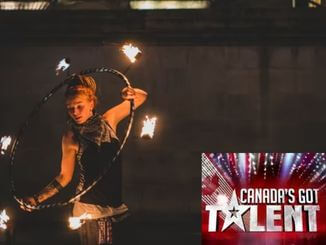 Canada’s Got Talent ▷ How to Apply and Audition in 2023 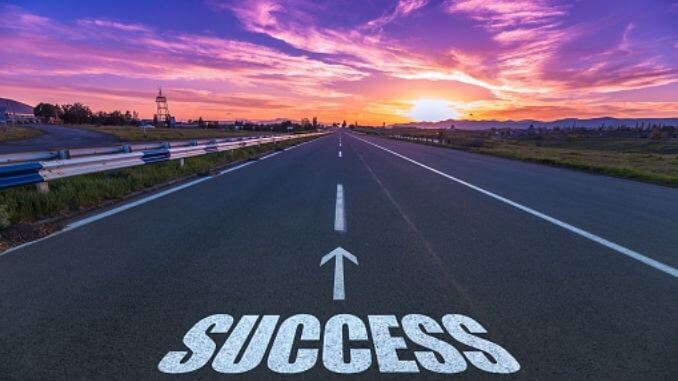 12 Secrets to Becoming Successful (Get All You Want in Life) 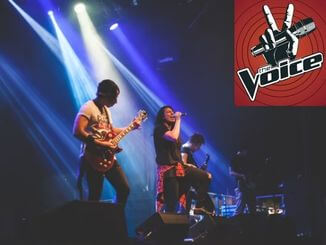 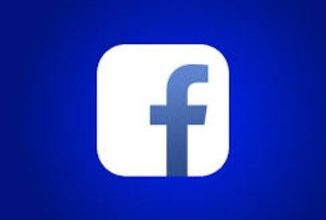 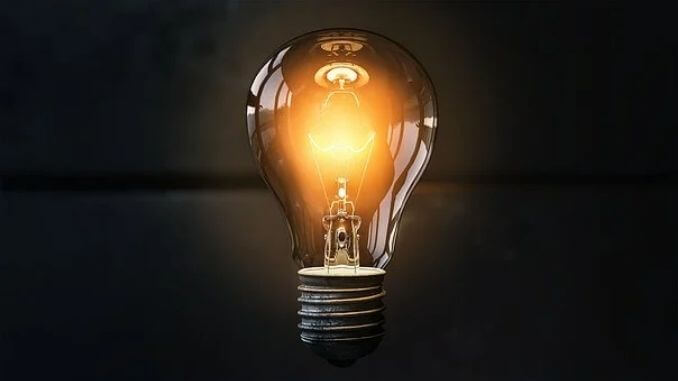 The 48 Laws of Power By Robert Greene (Fully Explained) 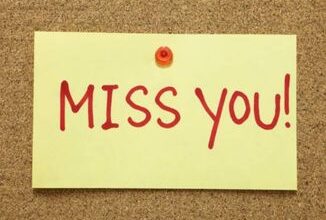 I Miss or Missed, What is Correct? (See Right Answer Now)